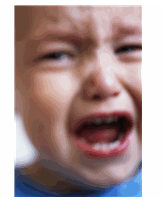 These last few weeks, my blog seems to be ‘stuck' on growth, though. I would ordinarily write this off as folks drifting off for the summer. When it's your ‘rank' that's not moving, though, that's definitely pointing to some other issue since we all have to put up with the summer blahs. A few weeks ago, I was excited to see my blog hanging around 2,010… now it's back up to 2,125.

I've actually gone so far as to purchase some Adwords for the site. I'm concentrating on corporate blogging and social media, as well as geographically purchasing Adwords for Indianapolis. I've gotten about 15,000 impressions on the ads but only a few clicks. I don't mind that, too much, since clicks cost money. The goal of the advertising is really name recognition, not physical traffic. I figure if I can get my name out there in the right audience, the traffic will follow. Let me know if you see one of these ads and tell me what you think of it.

I would also love to hear what you miss about my blog that was remarkable before but hasn't been lately. If you're shy and don't want to comment in public, feel free to use myn kontaktside. My ‘fame and fortune' seem to be coming primarily from my WordPress Plugins, not the other content on the site. That's a little disconcerting since I do quite a bit of research on my topics each day.

Of course, if you'd like to really help with my content AND my Technorati Rank, write about my blog and how it sucks on your blog. I promise I'm open to criticism and look forward to implementing some change as soon as possible.